With the first month of the last year of the first decade of the second millenium almost over, I thought it was time to finally put down my golfing resolutions for this coming season. I did this last January and had one of my best seasons in several years, so I think it is a good idea to outline my goals once again. My list was a little long last year and it will long about the same length this time. In fact, many of the goals will remain the same, while some will be modified a bit. Some here is the Muni Golfer's golf resolutions for 2009:

* Get myself physically ready to play golf before the season starts.

* Begin playing as soon as weather permits, but no later than the first week of April.

* Play a minimum of 30 regulation and practice rounds combined.

* Play those rounds on at least 10 golf courses, with at least three being courses I've never played before.

* Keep equipment changes to a minimum.

* Practice my short game, including putting, chipping and pitching.

* Visit the driving range at least once a week from March through May.

Again, this is a pretty substantial list, but if I focus on at least working on these goals, and accomplish half of them, I think 2009 will an even more successful season than 2008.
Posted by The Muni Golfer at 9:51 PM 3 comments: 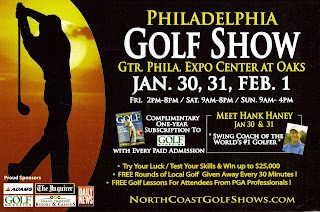 The Greater Philadelphia Golf Show is returning this year after about a two- or three-year absence. The show, sponsored by the North Coast Golf Shows, used to be held at the old Fort Washington Expo Center. This show is not to be confused with the Victory Golf Show, which was created in the absence of the Greater Philadelphia Golf Show, and will be held in March. The GPG show features a lot of vendors selling new and used golf equipment, golf course and golf travel representatives, and others. Everyone attending this year's show will get a free one-year subscription to Golf Magazine with their paid admission. This year's show will also feature a long drive, $25,000 closest-to-the-pin and longest putt competitions; an equipment demo range; and free one-on-one lessons from PGA Professionals, as well as appearances by Tiger Wood's swing coach Hank Haney and long drive champion Brian Pavlet.

The Muni Golfer will be heading to the show on Sunday, Feb. 1. The last is good day to attend because although the selection might not be as great as the first two days, vendors seem more willing to negotiate price as it gets later in the day. I hope to give you a full report after the show.
Posted by The Muni Golfer at 8:16 PM 2 comments:

My Year in Review - Part II

The Darrell Survey is an independent company that for the past 70-plus years has been checking the equipment of each golfer at a Tour event, whether it be the PGA Tour, Champions Tour, Nationwide Tour LPGA, European Tour or other professional tournaments. The information is compiled into a weekly report for the various golf equipment companies. They also used to produce a yearly almanac of equipment usage by the pros.

Well, I decided I would do my own Darrell Survey of the equipment that found its way into my golf bag during 2008. What I discovered was, that during the 23.5 regulation and practice rounds I played last year, I used 3 Drivers, 9 Fairway Woods, 6 Hybrids, 3 sets of Irons, 3 Sand or Lob Wedges, 3 Putters and 8 different Golf Balls. Some clubs were in the bag for only one round. Others managed be there for every round.

The Muni Golfer's 2008 Darrel Survey Almanac breaks down as follows: 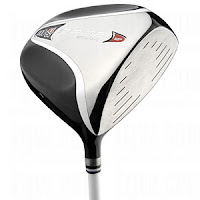 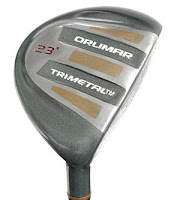 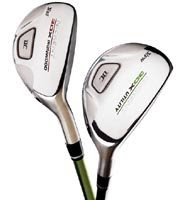 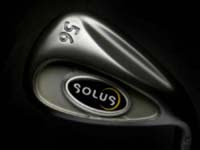