2017 In the Rearview Mirror

My 2017 golf season was the shortest since I began seriously playing in 1993: a mere three rounds in the early fall. In hindsight, I feel very fortunate that I had a golf season at all. The reason: open heart surgery.

The year began with a routine visit to the doctor in early January. After telling him that I felt something wasn't quite right in my chest--interestingly, there was no pain or pressure--he had an EKG
done in his office. The results: everything looked good. But all credit to my doctor, who suggested I be checked by cardiology at Temple University Hospital, just to be sure.

That's when the fun began and the golf season almost didn't.

I met with cardiology in early February, and after examination, they too thought there was little to be concerned about. They did, however, schedule me for an echocardiogram (a heart ultrasound) and a stress test, which I had late in the month. While the echo was negative, the stress test showed doctors that perhaps somethings was indeed, not as it should be. Two days later, I had a cardiac catheterization, which revealed four blockages in the arteries of my heart, one at 95 percent. I met with the cardiothoracic surgeon two days later and quintuple bypass surgery followed shortly thereafter. To do the bypass, the surgeons used an artery from my left forearm. After six days in the hospital, I was sent home to recover. My home rehabilitation, however, was short lived.

Ten after after going home, I passed out on the steps between the first and second floors. Fortunately, as the stairs began to spin, I had the wherewithal to sit down before I lost consciousness. I had developed pneumonia and a pericardial effusion--a buildup of fluid around my heart and left lung. Back to the hospital for another 11 days and a second operation to drain over a liter of fluid from my chest.

After eight weeks, doctors gave me the okay to begin driving and I started cardiac rehabilitation at Jeanes Hospital to build up my strength and stamina. But because the surgeons had to crack open my sternum to get to my heart, golf remained a distant hope.

The cardiac rehab lasted three months, ending in early August. Two weeks later, the cardiologists felt that I was physically ready to attempt a golf swing. Physically, yes; mentally, I wasn't so sure. While the doctors assured me the sternum was fully healed, my mind repeatedly questioned whether it would stay that way once I made a swing.

Finally, on August 23rd, I took a few wedges to Bensalem Township Country Club's practice range, purchased a small bucket of 40 golf balls, warmed up, then faced that moment of truth. With club in hand, I took my address, eased the golf club back, then swung at that little white dimpled golf ball. I hit the ball, but where it went was unimportant. How I felt was the important question of that moment...and the answer was that it felt awkward, but it also felt okay. My sternum didn't snap into two, it held up just fine. It did the same on the next swing, and the swing after that, and the swing after that, and through 40 swings in all. Maybe, just maybe, there would be some golf played in 2017 after all!

It was nearly a month later when I finally started to get serious about playing golf in 2017. On September 16 and 23rd, I went to The Mad Golfer Practice Range in preparation of finally getting onto a golf course before the season ended. I purchased a large bucket--about 100 golf balls--and over the next few hours, hit nearly every club in my bag except the putter. My rationale was a large bucket equated to approximately the number of shots I might hit on the golf course. If I could get through them without incident on back-to-back Saturdays, I was ready for a real golf course. Thankfully, those practice sessions went off without a hitch.
On September 30th, I joined my cousin at The Fairways Golf Club for my first round of the season. Better late than never. Standing on the first tee, I felt more satisfaction than the nerves a typical golfer feels. It didn't matter what kind of drive I hit, just being in that moment, overcoming the open heart surgery, the complications, the rehabilitation, made it feel all the more special than just another round of golf. I somehow managed to shoot 90 that day, with two pars. Sure, my game had rust, but that was to be expected since I hadn't actually played a round of golf in over a year. All-in-all I was very satisfied with my score and just plain happy to be playing golf again. The post-round Arnold Palmer I celebrated with in the 1863 Tavern at The Fairways never tasted better!
A week later, on October 7th, I shot an even better 88 at The Fairways. This time I made six pars! It felt like I had won a championship or something. It gave me the confidence to know that through everything, my game was still there. My heart was okay and so was my golf game.

Eight days later, I played my third and final round of 2017 at The Buck Club in Jamison, Pa. I played the course for the first time through the Athletes Helping Athletes golf outing. I started out strong, but my swing faded during the later holes. I think the fatigue of playing three weeks in a row began to catch up with me. But again, I was just happy to be playing.
Three rounds of golf at the end of 2017 is not much of season. But I am ever so thankful that I was able to have a golf season of any kind! I look at the end of the 2017 golf season as the prelude to 2018. I am more pumped for this upcoming season than I have for any season in recent memory. The heart issues are behind me and so is 2017. I can hardly wait for the 2018 golf season to begin!

Posted by The Muni Golfer at 1:07 AM No comments: 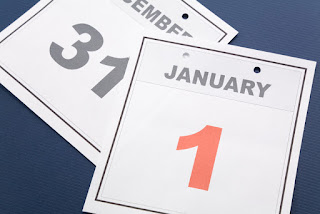 With the calendar switching from December to January, a new year is upon us. This means a time for reflection, taking stock of ourselves, and setting forth our goals for the new year. Or, as we like to say this time of year, making our New Year's Resolutions.

While many of us make resolutions to eat healthier, exercise more and give up certain vices, these are not an option for me after last year's open heart surgery. So I will be sticking to my healthier diet and going to the gym (I joined Planet Fitness at the end of December) as a result of the bypass surgery. But I have also made up a short list of golf resolutions for 2018 that I want to share with you now.

* Play a minimum of 20 rounds in 2018. Twenty years ago, I would play 30-plus rounds during a golf season, but that number has slowly decreased over the past two decades to where I have barely make the low teens in a given season. The last year I reached 20 rounds was in 2008. Last year, 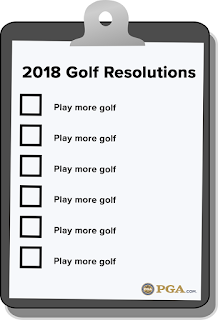 because the surgery and rehab, I managed only three rounds. In 2018, I am aiming to once again play 20-plus rounds of golf.

* Play at least two new courses in 2018. Last October, I played a new course, The Bucks Club, for the first time since 2015. This year, I aim to play two courses that I have never before played.

* Start my golf season no later than April. The past several years, my lack of rounds can be attributed to the fact that I don't start playing until mid to late May. This year, I aim to be prepared and on the course before the end of April.

* Maintain a focus on course management and playing all of my rounds under 100 throughout the season. By concentrating on course management, I aim to avoid the one or two holes per round that inflate scores and keep my scoring below 100 for all rounds played in 2018.

Here's to keeping my golf resolutions and having a very enjoyable 2018 on the links!
Posted by The Muni Golfer at 4:43 PM No comments: 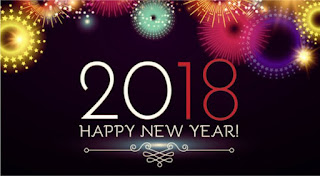