The plan by Philadelphia's Fairmount Park Commission to contract with Billy Casper Golf to manage four of the City's six municipal golf courses found the rough a couple of weeks ago. Billy Casper Golf took over management of the four courses--John F Byrne, FDR, and the two at Cobbs Creek--on Jan. 1, but any agreement must be approved by Philadelphia's City Council, who voiced some concerns at a hearing before the Council's Parks and Recreation Committee. As Billy Casper Golf has learned, dealing with Philadelphia's City Council can be as tough as conditions at a U.S. Open golf course. According to a story in The Philadelphia Inquirer, "Fairmount Park will save $500,000 annually under the Billy Casper arrangement and is guaranteed $3.5 million in fees and improvements over 10 years" and will also operate the City Line Sports Center at 7900 City Ave., which includes a driving range, miniature golf and batting cages. But "City Council members briefed last week insisted, however, that Billy Casper formulate plans to incorporate high schools near the courses, and even come up with reduced prices for family members of students there," reported The Inquirer. Council set a deadline of June 1 for BCG to formulate their new plans and comply with minority hiring demands or else they default on the contract. A spokesman for Billy Casper Golf, one of the country's largest operators of municipal golf courses, was quoted as saying Council's requests "won't be a problem." Read the entire Inquirer article here.
Posted by The Muni Golfer at 12:32 AM 15 comments:

The Golf Show is Coming!

A sure sign that the golf season is just over the horizon is the fact that the Victory Golf Show is just two weeks away. The show will be held Feb. 29-March 2 at the Valley Forge Convention Center. Admission is $5 on Friday and $10 on Saturday and Sunday. The show features some 100 vendors offing equipment, demonstrations, information booths, travel and course information, seminars, a demo range, FREE PGA lessons, and HUGE discounts on all kinds of golf equipment and merchandise. All entrants also receive a FREE goodie bag. 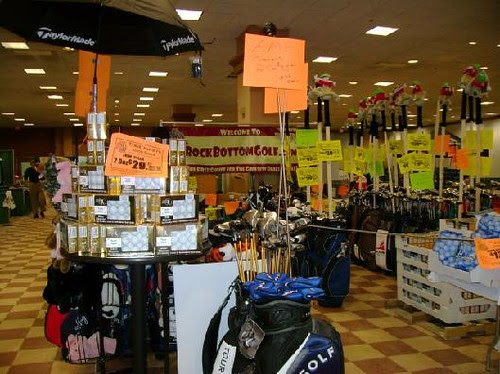 For those of you, like The Muni Golfer, who have not been able to play because of the winter weather or other reasons, the golf show offers a great opportunity to get off the couch and begin focusing on the links again. Whether you are just browsing, looking for some new or used equipment, need to pick up some golf balls or maybe some news golf shoes or attire, the golf show is the place to get your mind back on the warm weather, lush, green fairways or fast, smooooth greens. 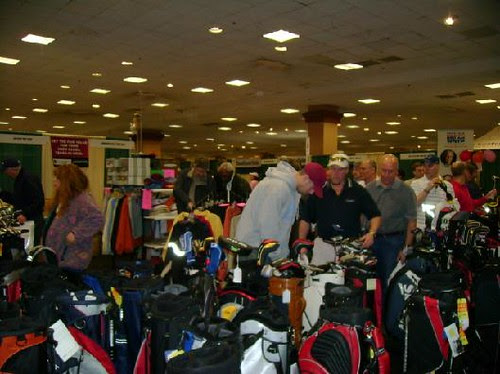