This past golf year can best be summed up as the year that almost wasn't. Because Mrs. Muni Golfer and I moved to a new clubhouse in June, my time of the course was severely limited during the season. I didn't play my first round of the year until May 2 and didn't play my third round until July 18. In all, I managed to play my lowest number of rounds since I began playing 18 years ago. I didn't play any practice rounds in the early part of the season, which hurt when I actually was able to play on a more steady basis later in the summer. 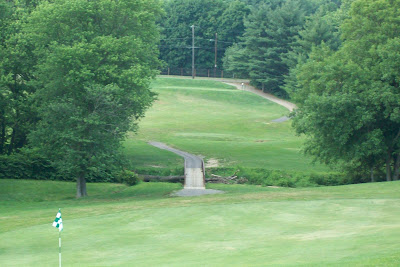 The Fourth Hole/John F. Byrne
Overall, I played 13 rounds on 8 different courses. One round was canceled after four holes because of severe weather. For the first time in a long time, I didn't play any new courses this past season. I played at Juniata, Bethlehem Executive Course, The Fairways, Old Landing, Horsham Valley, John F. Byrne, Walnut Lane and Cobbs Creek. 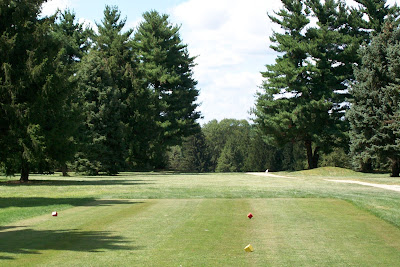 The Second Hole/Horsham Valley
Overall, I played 238 holes this past season, took 1,215 strokes and averaged 93.4 for the 13 rounds I played. I made par of better on nearly one-quarter of the holes I played; 57 out of 238. I also recorded 4 birdies this year: the 8th and 16th at Juniata, the 11th at Old Landing and the 13th at John Byrne. 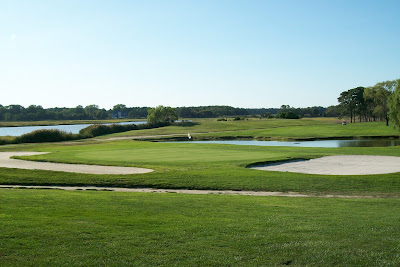 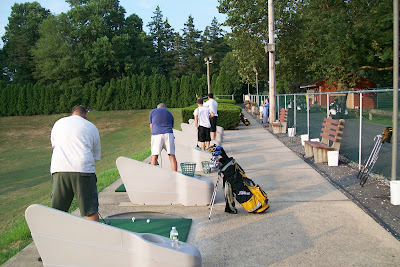 Driving Range/Bensalem Country Club
I did manage to get to the driving range 7 times this season, although it didn't seem to help much since I played so infrequently. I hope I can combine more trips to the range with more rounds of golf in the 2011 season.
Posted by The Muni Golfer at 4:58 PM 15 comments: 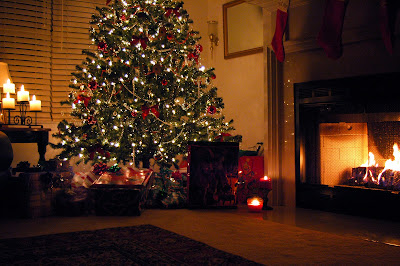 I want to take this opportunity to wish everyone a very Merry Christmas and a Happy and Safe New Year! May 2011 be the year in which we find nothing but fairways and greens, lower our handicaps and find even more enjoyment in the game of golf!
Posted by The Muni Golfer at 12:07 AM 9 comments: